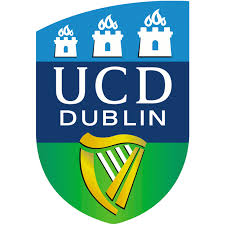 UCD is one of the schools that QED worked with over several years; assisting with international accreditation reviews and ultimately helping them to achieve the “Triple Crown” of AACSB, AMBA and EPAS accreditations (the ninth school in the world to reach such a significant milestone).

Mary Lambkin (former Dean of UCD) describes the experience in our short video, below.

Similar to many UK business schools, Napier Business School has grappled with the issue of impact monitoring and measurement as part of its AACSB accreditation application process and its obligations under the UK’s quality assurance regime (both for research and teaching).  Teams had been put together to develop lists of impact metrics in various areas and tables of possible metrics were identified, each feeding into different areas of operation. However, on review, it was felt that many of these missed the mark somewhat. More specifically, it was felt that there had been too much emphasis placed on the metrics and not enough on the question of impact.

In early 2017, the School made the decision to start again, this time focusing less on creating lists of metrics and more on the fundamental objectives that they were trying to achieve. An away day was organised for the top management team. To start the event (facilitated by QED the Accreditation Experts), the management team went back to basics to identify the key areas within the School strategy that were essential to the future of the School. Five key objectives were identified, under headings including: International Perspective; Active Citizenship; and Academic Reputation.

Having identified where the School wanted to make an impact, the next step involved the management team defining for itself in fundamental terms what success would look like in each of those areas. Guided by the facilitators, the team was careful to maintain a sharp focus here; for example, under Active Citizenship, it was decided that success would fundamentally mean ‘well-rounded proactive graduates with integrity’.

It was only after having identified what success would look like that the team commenced the job of agreeing its Impact Evidence. Under the direction of the facilitators, the school looked again at its success factors and addressed the following questions:

Separate groups were given the task of developing a set of quantitative and qualitative Impact Evidence and Metrics across each area.  The practicalities of data collection were ignored at this stage. Relatively short lists of highly targeted impact evidence items, case studies and metrics were identified. These were then discussed more widely in light of metrics identified in other areas and in light of potential data collection issues.

The end result of the day was that the School emerged with a tightly-focused, manageable list of metrics and evidence items that spoke directly to the question of whether the School is making the impact that it desires. No metric is there for its own sake but instead goes to the heart of the School’s key objectives.

Professor John Ensor, Head of Accreditation at Napier Business School and a member of its Senior Executive team said: “We had been getting ourselves excessively tied up in the multitude of things that we could measure and had lost sight somewhat of the fundamental question, which was: ‘what do we need to measure?’.  We knew we needed to take a more innovative and targeted approach to the question of impact. The results have been incredibly positive, in terms of meeting our quality assurance responsibilities, but more importantly, in terms of providing real clarity to the School on what it is we are trying to achieve.’

By admin@QEDAA | Archive
You need to login to view this content. Please Login. Not a Member? Join Us